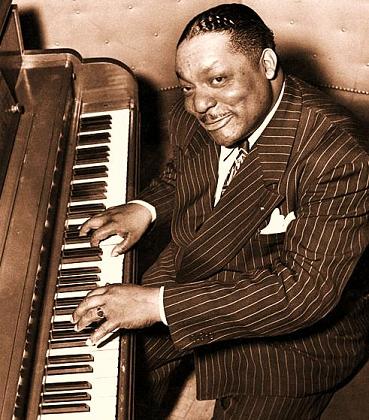 Born in Chicago, and he learned piano from the age of 10. He quickly became interested in blues and learnt by listening pianists like Jimmy Yancey and Hersal Thomas. In the early 20s, he worked as a taxi driver in Chicago. At that time, he met Meade Lux Lewis, a taxi driver too and passionate for piano blues. The two men played together during their free time and perfected their technique. From 1934 to 1936, Albert Ammons formed his own band, the "Rhythm Kings". Following the success, Albert Ammons moved to New York, where he met Pete Johnson. The two pianists became friends and performed together and at "Cafe Society".

After the success of the Carnegie Hall concert From Spirituals to Swing in 1938 and the growing popularity of the Boogie Woogie, Albert Ammons continued recording alongside many musicians, featured in the film Boogie-Woogie Dream with Pete Johnson. He had a severe injury to a finger whilst cooking in 1941, but continued playing and recording until his death in December 1949. His playing is powerful and joyful, and has one of the best swing playing among the Boogie Woogie players.