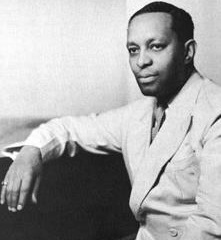 Willie Smith the Lion quickly stood as an unusual pianist and a wonderful soloist in Harlem night life, a matchless « keyboard tickler ». He was given the nickname of « the Lion » for his bravery during the WWI. Later in Harlem, he kept this nickname and, at the piano he was as the « king of the jungle » waiting for those who would dare to confront (challenge) him on the piano. Most of his opponents gave up in front of this "tickler". Because of his appearance (he always wore a Derby hat -or bowler hat - and smoked a cigar), his strong personality and his unique way to play the piano, he was one of the greatest stride piano players. 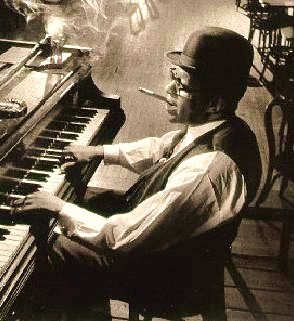 From the 30's, when nights in Harlem were more quiet, he started recordings. We discover then his original compositions recorded in 1939 under the quality label Commodore, 14 titles among which some masterpieces : Echoes Of Spring, Rippling Waters, Sneakaway, Finger Buster... Although he borrowed to the game of his contemporaries James P. Johnson and Eubie Blake, Willie Smith developed his own technique : a lighter touch on the keyboard than Waller though a little more risky, but with less virtuosity than Johnson. He neglected the "game of pomp" with the left hand and preferred to use a "swing of arpeggios" which gave poetry and lyricism to his pieces : Fading Star, What Is There To Say?, I'll Follow You...). Billy Strayhorn (composer and arranger for Duke Ellington's orchestra) described his style in this way : « It is a strange mixing of "counterpoint", chromatic harmony and arabesque devices as fresh to the ear as a spring water for the palate ». You just have to listen to Echoes Of Spring to understand the very peculiar sounds which Willie Smith achieved to play.

Echoes Of Spring by Willie "the Lion" Smith