Boogie woogie is a jazz piano style based on blues music and usually played on a fast tempo. The date birth of boogie woogie isn't precisely known, although some sources indicate that the earliest forms of boogie woogie would have appeared in the second half of 19th century in eastern Texas. Indeed, there seems to be a close relationship between railroad connexions in that geographical area and the birth of boogie woogie. This music was played in "Barrel House" and "Honky-tonk", establishments where alcohol was served and people danced around a piano. 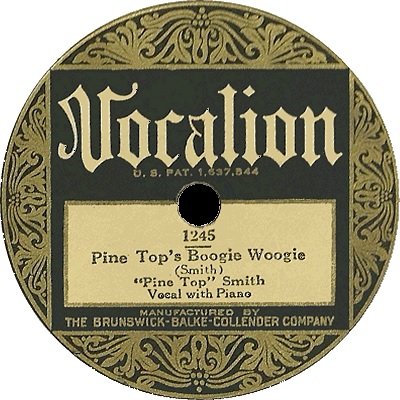 Boogie woogie really emerged in the early 20th century in USA, more specifically in Chicago. Among the boogie woogie and blues players of that time, the Thomas brothers (Georoge Thomas and Hersal Thomas) appeared to have had a deep influence on Chicago musicians such as Jimmy Yancey and Jimmy Blythe, bringing this piano style from their home Texas. Later in 1928, Clarence "Pinetop" Smith recorded his hit title "Pinetop's Boogie Woogie", after which the boogie woogie will adopt his definitive denomination. Still in Chicago, a new generation of pianists among which Albert Ammons et Meade Lux Lewis, will enrich the language of boogie woogie till définitive form. 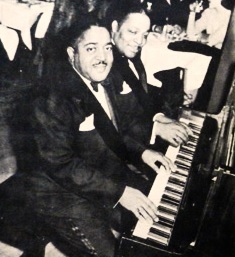 Even if boogie boogie naturally assimilate many jazz idioms, the real encounter between boogie woogie and jazz happened in 1939: after two successful concerts given at Carnegie Hall in New-York (entitled From Spiritual To Swing) which Albert Ammons, Pete Johnson and Meade Lux Lewis participated, boogie woogie known a great popularity. The Café Society became a mythical place to hear the greatest boogie woogie players, and almost all jazzmen included at least one boogie woogie in their repertoire. This was the beginning of the boogie woogie craze which will last till around 1945.

Boogie boogie is often played on a fast tempo and is characterised by a left hand accompaniment in the bass section of the keyboard, which can be reminiscent of the sound of a guitar. The right hand playing variations, chords and "gimmicks" generally taken from blues language. A richness of this style is the great number of possible of left hand accompaniments, each pianist had, over the years developed a new and original way play this music.